Special Events at the Expo 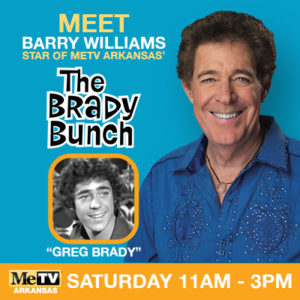 Meet Barry Williams, star of MeTV Arkansas’ The Brady Bunch at the expo.
Barry, aka: Greg Brady, will visit with expo attendees, take pictures and take to the Expo’s entertainment stage Saturday, January 11 at 1:00p.m. for a great session of questions and answers.
Barry Williams is currently the spokesperson for MeTV Arkansas, home of THE BRADY BUNCH. Barry has had an extensive career, starring in 100’s of productions in Television, Movies, and Broadway.
Barry made appearances in several television shows including DRAGNET, ADAM-12, IT TAKES A THIEF, THE INVADERS, THAT GIRL, MISSION: IMPOSSIBLE, THE MOD SQUAD AND HERE COME THE BRIDES before landing his role as Greg Brady on THE BRADY BUNCH, for which he won the Young Artist Foundation Former Child Star “Lifetime Achievement Award” in 1989.
Barry embraced his role and has appeared in various Brady Bunch TV movie reunions including A VERY BRADY CHRISTMAS, THE BRADY BRIDES, and THE BRADY BUNCH VARIETY HOUR.
Barry became involved in musical theater, starring on Broadway in PIPPIN and ROMANCE/ROMANCE. He has toured extensively throughout the country in National Tours of OKLAHOMA!, MUSIC MAN, SOUND OF MUSIC, CITY OF ANGELS, GREASE, WEST SIDE STORY and over 85 different musical productions. Barry wrote his autobiography, GROWING UP BRADY: I WAS A TEENAGE GREG which stayed on the New York Times bestseller list for several months.
Williams then Executive Produced the book into a NBC TV movie. He spent 5 years as a DJ on satellites’ SIRIUS RADIO, has recorded several CD’s and in 2013 starred in Syfy made for television movie BIGFOOT with Danny Bonaduce.
Williams also wrote, co-produced and starred in 3 USO Christmas Shows, touring the world and bringing entertainment to our troops. 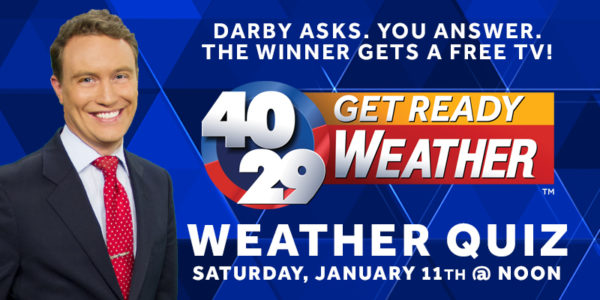 Are you “Weather Ready?” Darby Bybee, Laura Huckabee, Taylor Pannell and Brendan Johnson from the 40/29 Get Ready Weather team quiz the audience and one lucky winner will walk away with a brand new TV. Study up and we’ll see you at the Expo’s Entertainment Stage Saturday, January 11 at Noon!

Appearing at the Arkansas CW Booth all Weekend!

On Saturday 11th we will be holding an open audition for the Crew from 1 to 4pm at our booth, Come by and try out! You can also come by our booth and chat with the Crew or take a selfie with them at our CW show Wall.

The Arkansas CW is the home of well received shows such as Flash, Nancy Drew, Batwoman, Supergirl, Riverdale, Arrow, Black Lighting, Legends of Tomorrow, Supernatural, All American, The 100, and iZombie.

It is also the home of The Arkansas CW Crew! Which you can keep up with the crew on their website www.arcwcrew.com . The ARCWCREW.Com keeps up with The Crew as they travel the area with their travel web series Do The Ozarks. Keep up with latest CW Entertainment news and interviews, the Crew ghost hunting series and a lot more!

HARPS Country For A Cause