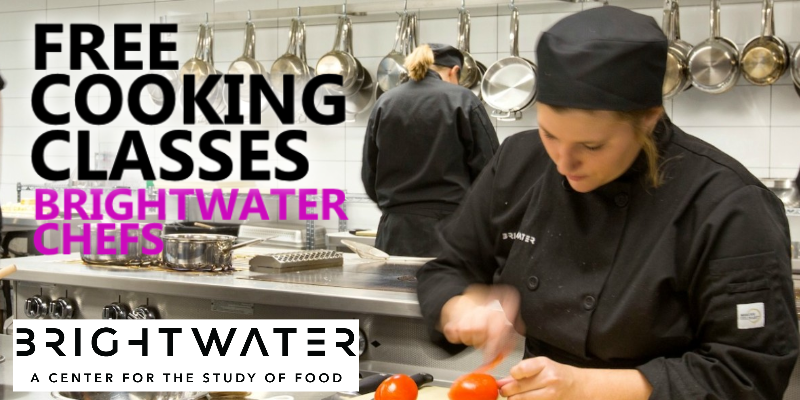 GRAB YOUR SPATULA AND TAKE A COOKING CLASS WITH THE CHEFS FROM BRIGHTWATER!
Class Time on SATURDAY January 11, at 1:00pm
Dont miss this wonderful Class with three Brightwater Chefs! 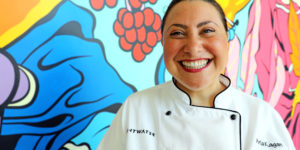 Aria Kagan began her culinary career at her parent’s restaurant at the age of 10.  As her interest in cooking grew, so did her passion for farms and local ingredients.  Her love for food led her to the Culinary Institute of America in Hyde Park, NY.  She also holds a Holistic Health Coaching Degree from the Institute of Integrative Nutrition in New York.  Aria moved to Bentonville one year ago from Miami, Florida.  She worked as a Private Chef for the last 15 years cooking and traveling with clients.  She now teaches at Brightwater and is excited to have the opportunity to teach the next generation of Culinary Professionals!

Aria lives in Bentonville with her husband Rodrigo, her 3 children (Luca, Kenji and Tallulah) and dogs Stella and Chloe. 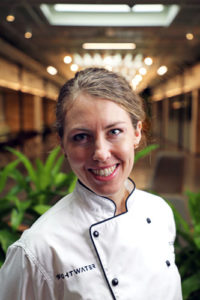 Erin is both a chef and a registered dietitian. Erin’s career journey began with an interest in food as a way of fueling the body. She studied Nutrition and Dietetics at Saint Louis University in St. Louis, Missouri.  She continued on to do her dietetic internship with an emphasis in public health and with a growing curiosity in the creative aspects of food.  She began culinary education and training as part of her master level coursework. After receiving her Masters of Science in Nutrition and Dietetics with an emphasis in Culinary Arts, Erin went to work and study under up-and-coming chefs in the St. Louis culinary scene. Learning how to cook professionally has only strengthened her desire to bring culinary arts and the science of nutrition more into alignment. She currently works as a Chef Instructor at Brightwater: A Center for the Study of Food in Bentonville, AR

Audra Weeks is a native of Rogers and has a love of southern cuisine and southern hospitality.
She is a graduate of the University of Nebraska with a Bachelor of Science in Vocational
Education with an emphasis in Family and Consumer Science and has taken extensive
instruction through the National Restaurant Association. Additionally, is a ServSafe instructor
and proctor and a ProStart educator. She has taught culinary related classes for many years,
the majority of which have been for the Bentonville School District. Audra is a National Board
Certified Teacher. Recently, she implemented the newly developed culinary program of study
at Bentonville West High School. Currently, she is a Chef Instructor for Bentonville Ignite
culinary students at Brightwater: A Center for the Study of Food.

Cheer on your favorite Chef!
The Celebrity Chef Cookoff takes off on Sunday Jan 12 at 2:30pm – It will be a kitchen clash between two great chefs! Come join the fun at the Arkansas Beef Council’s Chef’s Kitchen Stage and cheer on your favorite as they prepare their favotite beef recipe for our panel of Judges!

Chef Dale Davis – Director of Food Operations/Executive Chef –  Indigo Sky Casino
“I truly love my occupation and take great pride in my work, and have a passion for food art.”
With three years as a Food and Beverage Director, twenty five years as a professional working Executive Chef and eight years as a Sous Chef with Culinary Arts kitchen Management Experience, Chef Dale Davis has become well known as a talented culinary professional. He has been featured on local television spots, newspapers and magazines and named Restaurateur of the Year in 2005 and 2009.
Chef Davis has been President of the Missouri Restaurant Association in 2005, 2006 & 2010 and is the current Chairman of the Board. “It is my greatest joy to hear from my clients that their food was outstanding and looked picture perfect. It is this joy of the artistic and ever changing side of food preparation, presentation and service that has brought me to the level that I am proud to say is my life and reputation as a Director in food service hospitality.” 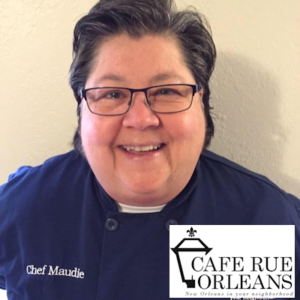 Maudie Schmitt, has an extensive restaurant heritage. Grandparents on both sides of her family were restaurant and bar owners in the greater New Orleans area. Maudie learned to cook from the many great chef’s in her own lively family. She was always encouraged to be creative in the kitchen and has become a true culinary artist.

Cafe Rue Orleans opened on January 10, 2001, and has been blessed with much success for 18 years. Chef Maudie has recently been featured on FOOD NETWORK in Supermarket Stakeout Games where she was a runner up. The chef also provides catering at Miss Maudie’s Catering. 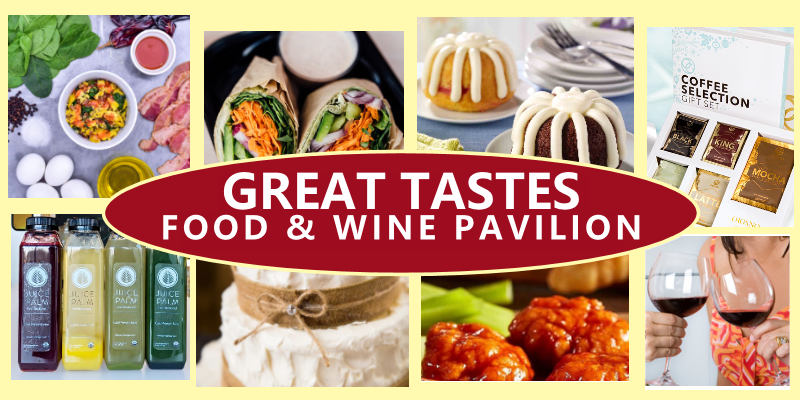 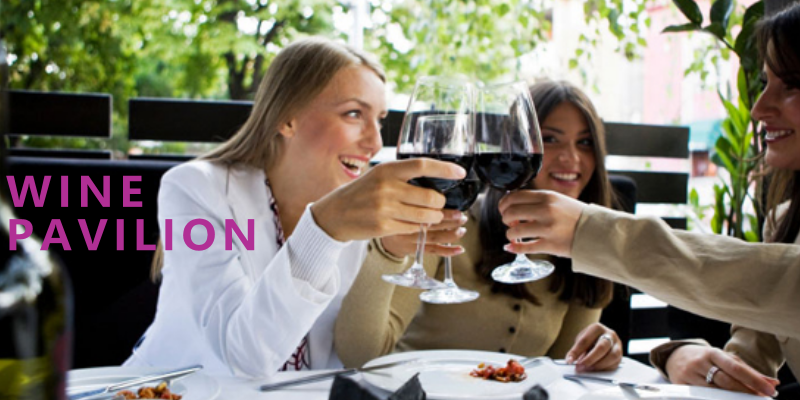 Many Varieties of Wine available, by the Glass or Bottle! 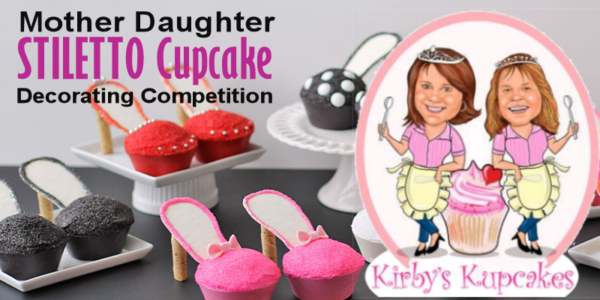 On Sunday at 1pm, join Kirby’s Kupcakes for an exciting Kupcake decorating contest…
HOW to ENTER
5 Mother Daughter Teams will compete.
On Sunday, Mother & Daughter entrants can enter at Booth #732 starting at 11am!
Entrants are by first come, first served – Sign up early for our limited contest spots!
WHAT TO BRING
MOTHER & DAUGHTER TEAMS RECEIVE A BOX WITH EVERYTHING NECESSARY TO CREATE THEIR “STILLETO” HIGH HEEL SHOE KUPCAKE!
WINNING TEAM Receives a Kirby Kupcakes Gift Card
The contest starts at 1:00pm on Sunday!
At the Arkansas Beef Chef’s Kitchen Stage

Tickets available at our Box Office on Expo Days!
$7 Admission ($5 w/coupon)
Kids 12 and under are free.
Free Parking!