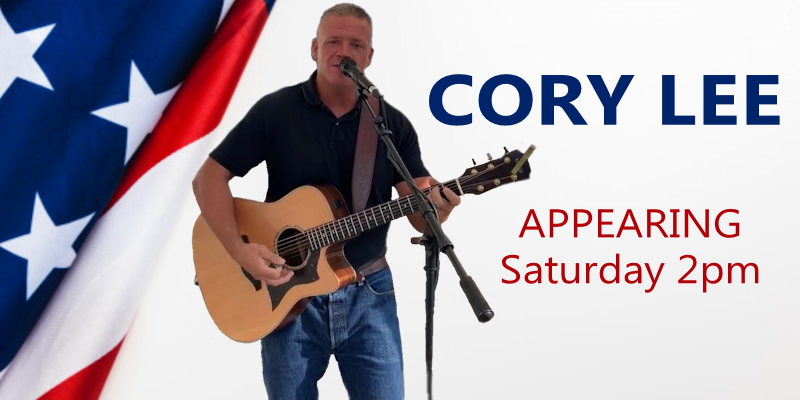 MUSICAL ARTIST CORY LEE WILL BE PERFORMING ON SATURDAY AT 2PM 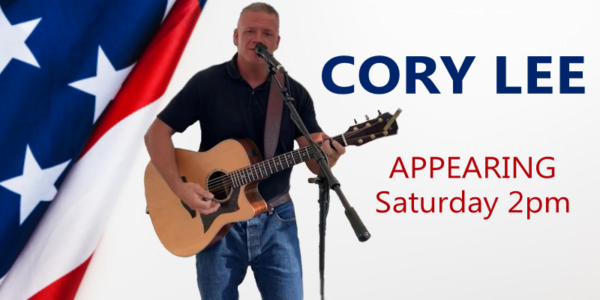 Cory Lee was born into a talented musical family where his love for music came from his mother. At age 12, he received his first guitar and began teaching himself to play while writing music. Cory went on to played with bands while attending Broken Arrow High School.

Continuing to follow his passion and develop his talents, took him to Nashville and Branson… performing at the side of leading performers while sitting in with the Horse Creek Band at Silver Dollar City, where his grandfather Buffalo Bud was a premier vocalist and resident comedian. He played numerous other venues around Branson and often shared the stage with Di Scherling.

Cole served in the U.S. Navy for 10 years active duty on submarines, but not without his guitar. The Navy landed him on the west coast where he called Washington state his home. He continued to serve in the Navy Reserves and his community as a firefighter.He earned his bachelor’s degree in Music Production and interned at the legendary Robert Lang Studios in Seattle.

In 2019, Cory was nominated for Acoustic Solo Artist of the Year at the 2019 Tulsa Music Awards. Currently, he performs at least five to six shows a week, throughout Oklahoma, Arkansas and Missouri and hopes to release his first album this summer.